The weekend was filled with projects.

First, I did not finish the bathroom yet. I did get closer, though. I got some fabric from the neighbors. Now I need to spend some time sewing and stapling before we ate all the way done.

We spent Saturday doing most of the projects. First, we worked on the engine. She’s been chugging along with some fuel issues. Jeremy and Jason thought it may be the fuel regulator. We learned very quickly that neither of them were going to take care of that with our current equipment. The space under the regulator is only about an inch deep. The bolts holding the regulator on must be removed from that side of the plate. An Allen wrench is used to get those small bolts out. Someone with smaller hands was needed; I ended up being that person.

The guys are the brains of this type of work. Jeremy told me what I needed to do and coached me on doing it right. The Allen wrench was tiny, it had to be “just so” to fit in the bolts, and I couldn’t see my hands at first. I got a bright idea from Jason to use my phone camera so that I could see. 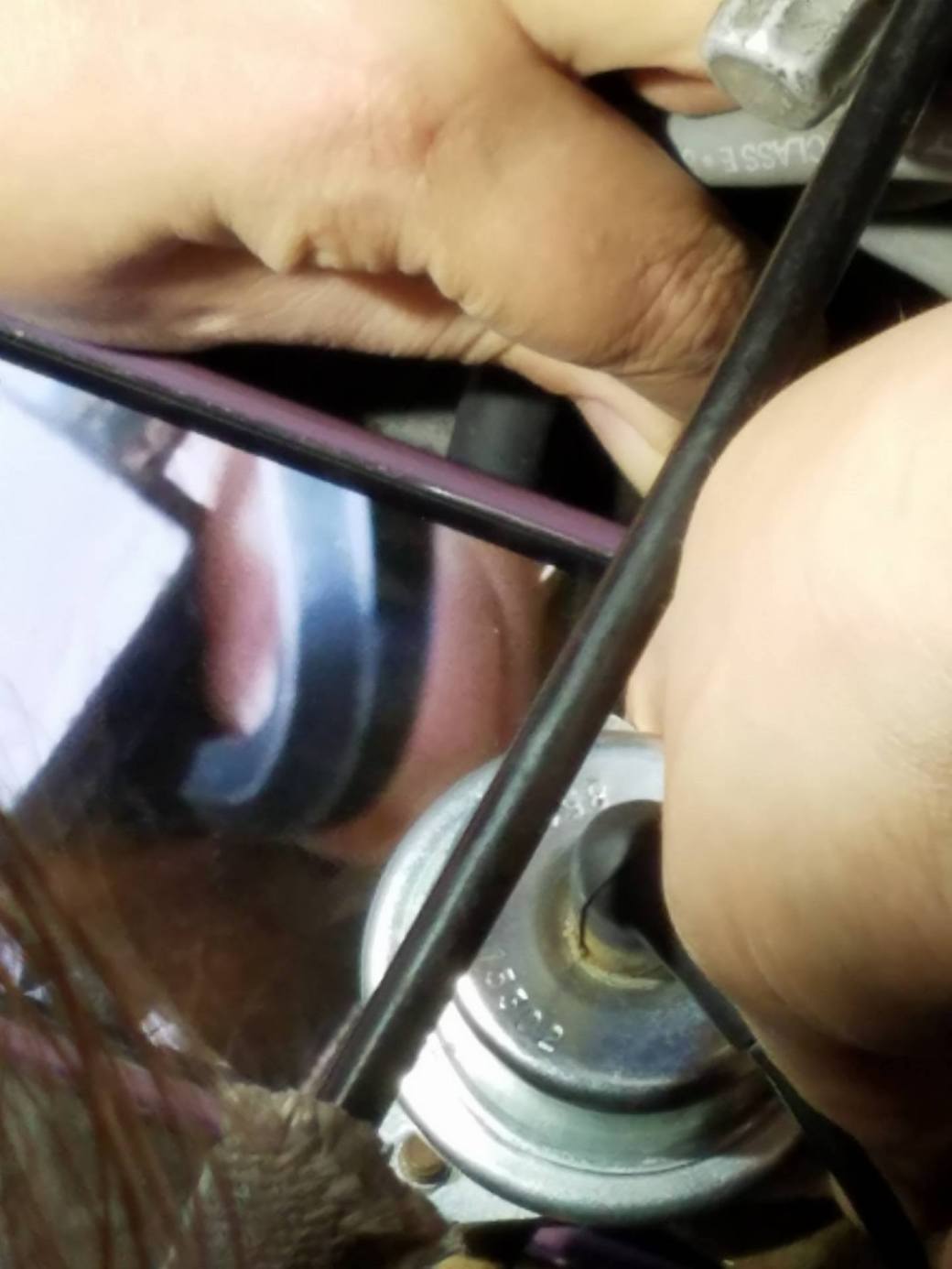 Eventually, we got it back into the spot and tried it out to see if it helped. We found out that it’s not the fuel regulator. But, while Jeremy drove The Girl Next Door into the spot again, Jason’s wife Ona and I noticed that it’s bogging down and there’s air coming from somewhere under the coach. We’ll see what happens when Jason and Jeremy get back underneath.

Saturday we also helped Jason and Ona get their garden started. We’re really grateful for them letting us plug in and we like to help whenever we can. They decided that this weekend was the weekend to till up their corner and create their awesome veggie garden. We all 4 worked hard to get it started on Saturday, then it got finished up on Sunday. They also got the fence to keep rabbits and dogs out measured by Sunday evening. What a great weekend project. 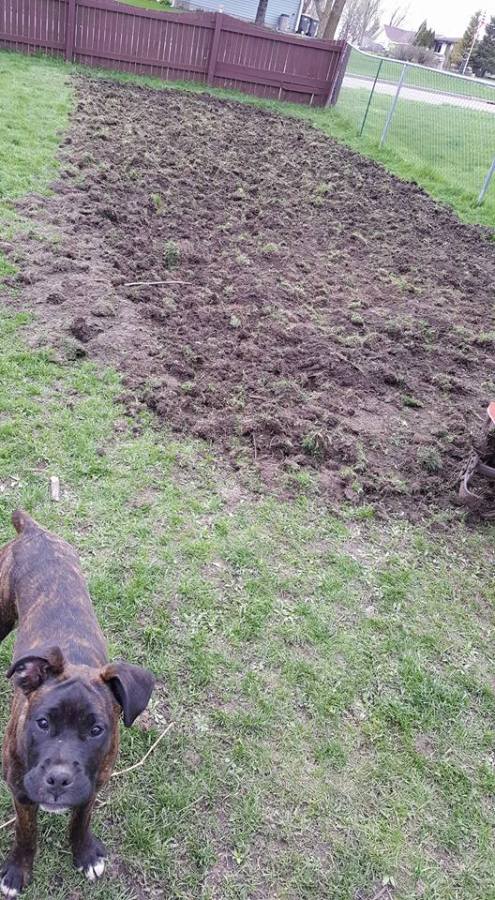 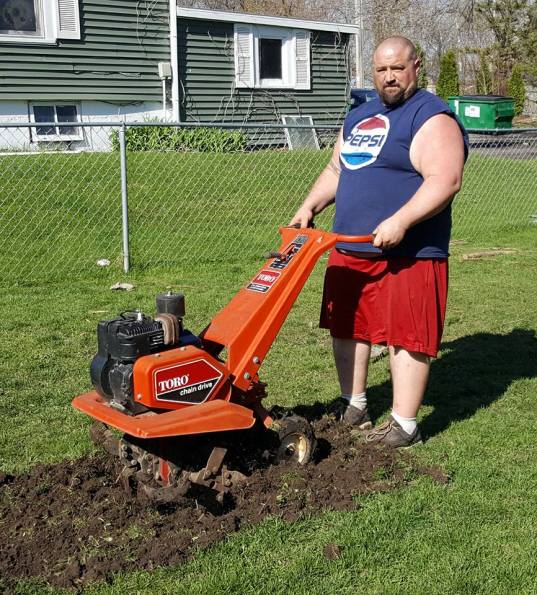 In other news, I got to be a local tourist with Erin on Sunday. We went to Interstate Park in St. Croix Falls, WI. It’s about 40 miles from Baldwin, where we’re parked. Positioned right along the river, there is also an Interstate Park in Taylors Falls, MN. We only hiked a few short trails, so we’ll have to go back to hike the rest another time.

While we hiked the Pothole Trail, along the water, we ran into a troop of rock climbers. It was really interesting to see them setting up, which ones wore helmets, hear them talk to each other, and imagine the rush of going over the edge of the cliff. Some day, maybe we’ll try climbing a local cliff or traveling somewhere to climb. 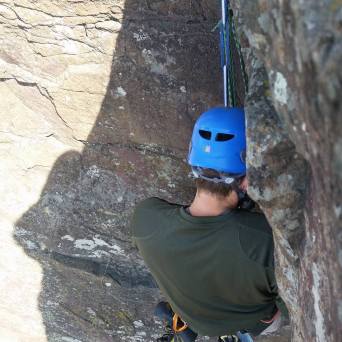 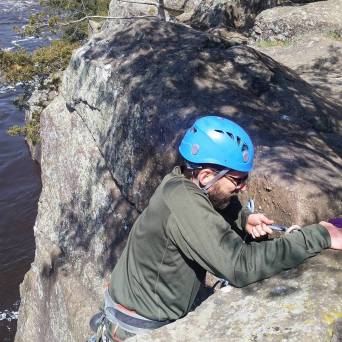 When I got home, I did my workout. The hiking was just for fun, you see; the workout was pretty fun too. I chased Jason & Ona’s dogs, Summer and Winter, around the driveway while everyone else was working on stuff. They have some pool rings that the dogs like to pull on. For some weighted squats, I pulled the dogs while using my legs instead of my arms. I was sore a few days later, but it was worth it. Those dogs are so much fun. 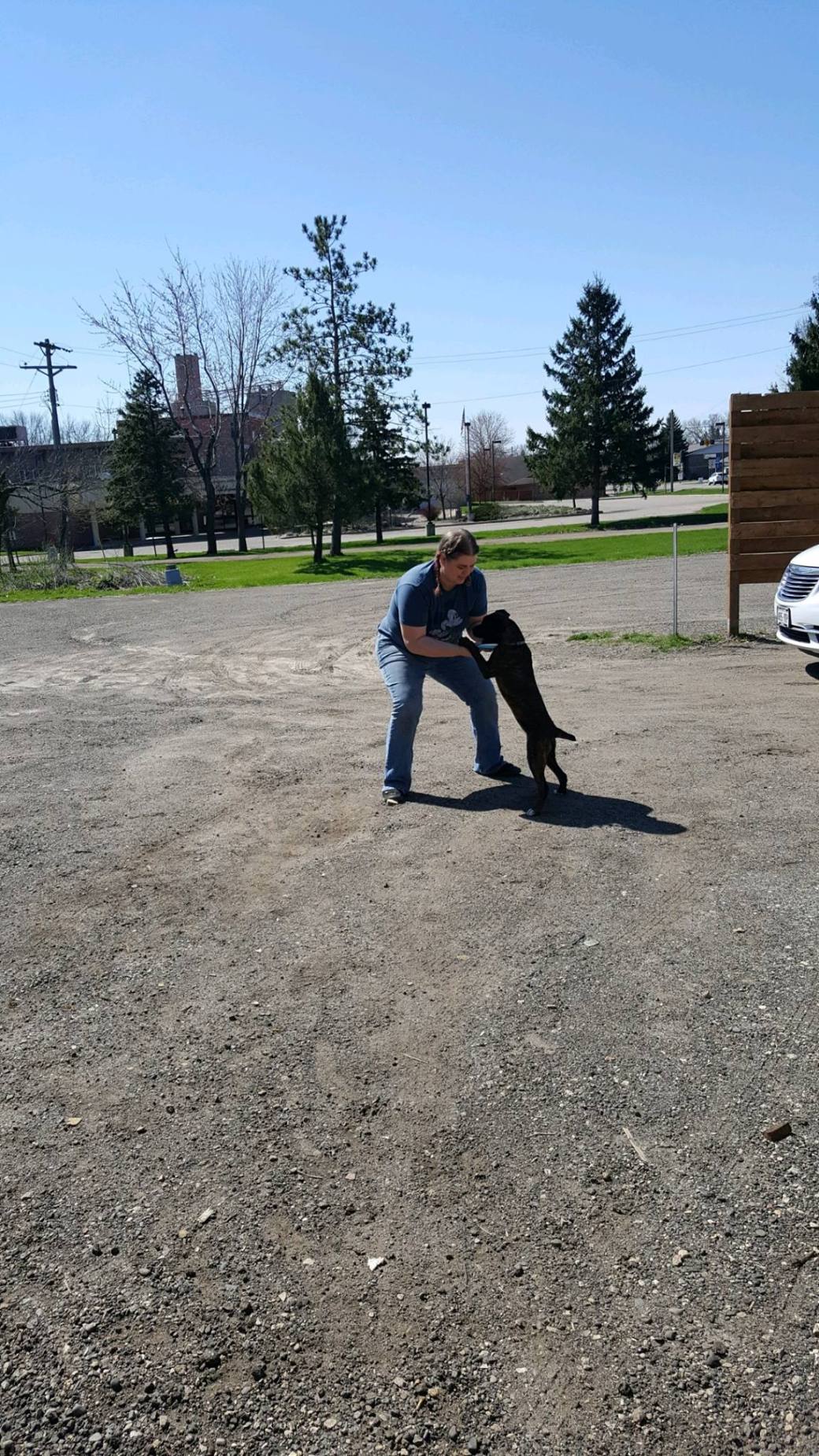 Jeremy and I are intending on transforming those fabrics sometime this week. With both of us working extra to pay off debt, we don’t get around to projects like that nearly often enough. When we do, it’s a labor of love. We both agree that we love The Girl Next Door and Ruby. So, we’ll keep on keeping on and hope to see you on the road.

We are really happy you stopped to see what we're all about. Feel free to click around a little. Check out our Youtube channel and our Facebook page.

Have a good day and we'll see you on the road.